“The Jewel of Ashland County”

The origins of the Ashland Symphony Orchestra can be traced to 1925, when it was founded by Louis “Doc” Pete. In 1970, it was re-established at the suggestion of Ashland College President Dr. Glenn Clayton with Harold “Hal” Weller as conductor. The orchestra was granted status as a non-profit organization in 1977. From 1978-1995, the ASO was conducted by Jan Roshong, Calvin Rogers, and Albert-George Schram. In 1996, Maestro Arie Lipsky was hired, and under his leadership, the orchestra has added the Young People’s Concert, Family Holiday Pops, and School Day Concert for 3rd graders. Maestro Lipsky resigned following the 2018-2019 season. On October 26, 2019, the Board of Directors conferred the status of Music Director Laureate upon Maestro Lipsky and upon founding director Harold Weller. Other season highlights include the summer Pops in the Park and a concert at the Ohio Theatre in Loudonville. In 2015, the Orchestra moved to the newly opened Robert M. & Janet L. Archer Auditorium. Ashland holds the distinction of being the smallest community in the United States to host a professional symphony orchestra. It performs with various local choirs and the Ashland Regional Ballet. The Ashland Symphony Orchestra encourages music education by providing scholarships, educational outreach programs, and performance opportunities for young people. 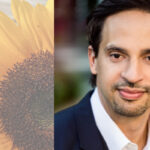