Meet our new Music Director and Conductor, Michael Repper, and celebrate our nation’s independence with the Ashland Symphony Orchestra in the beautiful outdoor setting of the Myers Memorial Band Shell. Rain site is Archer Auditorium. Call 419-281-3018, ext. 3 for weather updates. 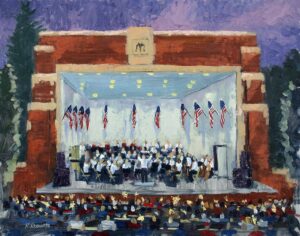